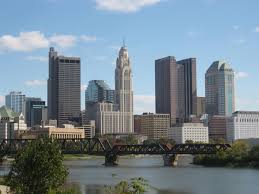 Washington, D.C. October 7, 2013 – Oklahoma has the fifth highest drug overdose mortality rate in the United States, with 19.4 per 100,000 people suffering drug overdose fatalities, according to a report, Prescription Drug Abuse: Strategies to Stop the Epidemic.

Methamphetamine and Meth labs are big problems in Oklahoma. Marijuana is the most commonly cited drug among primary drug treatment admissions in Oklahoma, followed by stimulants (including methamphetamine).

For employment drug testing, Oklahoma is a “mandatory” state, meaning, if an employer chooses to conduct drug or alcohol testing, such tests must be conducted per state law. The drug free workplace policy must address who can be tested and under what circumstances; what drugs are being tested for; possible consequences for testing positive and appeal procedures. Drug testing policy must be given to new employees upon being hired.

In Oklahoma, post-accident drug testing or alcohol testing should be conducted.  An employer may require an employee to undergo drug or alcohol testing if the employee or another person has sustained an injury while at work or property has been damaged while at work, including damage to equipment. If you test positive for drugs in Oklahoma City, you can lose rights to workers comp benefits.

Reasonable suspicion or for cause testing is allowed in Oklahoma.  A trained supervisor should make the observations for reasonable suspicion testing. These observations should be specific and contemporaneous based on the employees performance and behavior. Supervisors should look for actual drugs on the premises or on the persons body.  They should see, hear or smell indications of drug use or alcohol use.

For more information on drug testing in Oklahoma, Click Here