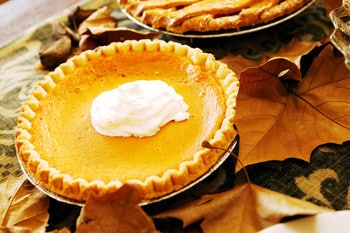 It should be noted that there is no specific Congressional legislation that allows for a PIE and NOPE procedures or process to take place. However there is an Executive Order 12549 (3 CFR 1986 Comp., p. 189), issued on February 18, 1986.  The purpose of this Executive Order was to establish a government-wide debarment and suspension system for government contractors that failed to fulfill the scope of their contract with a US Government Agency or failed to comply with all government requirements. One of the requirements is to be incompliance with the Drug-Free Workplace Act of 1988.

Just to be clear on one point that is oftentimes confusing, the Drug-Free Workplace Act of 1988 did not have any requirement for drug testing but was largely an educational program that Federal Contractors were required to be in compliance with.  The program requires a commitment to a drug free workplace so a best practice interpretation would be to include drug testing although not required.

As identified in a previous article, the development of Consortiums/Third Party Administrators (C/TPAs) was not anticipated by DOT. For a lengthy period of time, DOT was unsure on how to deal with C/TPAs and service agents that were not operating within the regulatory boundaries.

There have been 3 PIEs issued since that date. It is unknown how many NOPEs have been issued that the issuance of a NOPE is not a public record but part of a process.  This point will be explained later in this article.

It should be noted that to date, there have not been any legal challenges regarding the authority of DOT to issue a PIE.

A question is who can initiate a PIE?  The only parties that can initiate a PIE are each of the modal agency Program Managers, an official of Office of Drug and Alcohol Policy and Compliance (ODAPC) except for the Director or a designee of these officials.  A designee should be identified in writing.

It should be noted that an initiating official have broad discretion in making the decision of whether or not to pursue a PIE action.  A Modal Agency Program Manager can work with a Senior Policy Analyst within ODAPC.  Each of the three Senior Policy Analysts will have as a practice two modal agencies that they will work closely.  At all times and in accordance with internal policy, the decision maker, normally the Director, will be kept in the dark and not aware that a PIE is being proposed until shortly before the actual hearing.

Before a PIE is initiated, the initiating official will informally contact the service agent whose conduct is in question. It is after that communication that a Notice of Public Exclusion (NOPE) will be issued to the service agent being charged.

The NOPE is to give the service agent an opportunity to make corrective changes in those areas that are outlined in the NOPE. These changes must be in writing and submitted to the initiating official within 60 days of receipt of the NOPE.  All correspondence should be writing and with the use of certified mail.

If the conditions of the NOPE are not successfully brought to a conclusion, then the process continues to a PIE hearing.  The hearing will take place before the decision maker, who has been kept in the dark up to this point.  The parties that will be present at the hearing will be the Initiating Official, Modal Agency legal representation (if needed), the named party in the NOPE and PIE and their legal representation.  An attorney from DOT General Counsel may also be present.

There have been three PIEs issued.  How many NOPES have been issued is largely unknown.

On a personal note, I could have issued NOPEs while I was a Program Manager but in all of the cases, the violations were mostly resolved.

The first instance was a Doctor of Chiropractor posing as an MRO and managing a C/TPA.  When called about it, they closed their doors and go out of the drug test business immediately. A review a week later revealed that they were no longer in business.

Another instance with over 80 non-negative tests not reported to marine employers or to the Coast Guard, that C/TPA is no longer in business.

As a follow-on to the above, A Vice-President of a major marine transport company called me one afternoon about a compliance issue with this C/TPA.  My response was that this C/TPA was not in compliance. The Vice-President was also a Vice-President of a major waterways association with the majority of the association members having their program managed by this C/TPA.  I swear that I could hear the emails and phone calls going up and down the Eastern Seaboard as the word was passed about the non-compliance.  Later that afternoon, I received a phone call from the C/TPA asking what they could do to get back in compliance.  I told him that there was no way as all the reports were not only two months past due but more than three years past due. A month later I myself and some Coast Guard Investigating Officers performed an audit on this C/TPA where we discovered all of those non-negative tests that had not been reported.  They shuttered their doors soon after that audit.  I was informed that it took that particular marine safety office almost five years to clean up that mess.

On the other potential NOPE and PIE action and the C/TPA where they were using a street person to donate his urine to use as proficiency specimens, I retired before I could complete that action. That was just one of several charges that I was preparing against this C/TPA.

Again, one point should be made:  A single instance of not following the regulatory requirements will usually not cause a NOPE but consistent reports of wrong doing could lead to a NOPE.

If there are any questions about the PIE and NOPE processes, please me know by contacting National Drug Screening as they will pass on any questions to me.

My next article on the PIE will be: Can a legal challenge be done and if so, how can it be accomplished?