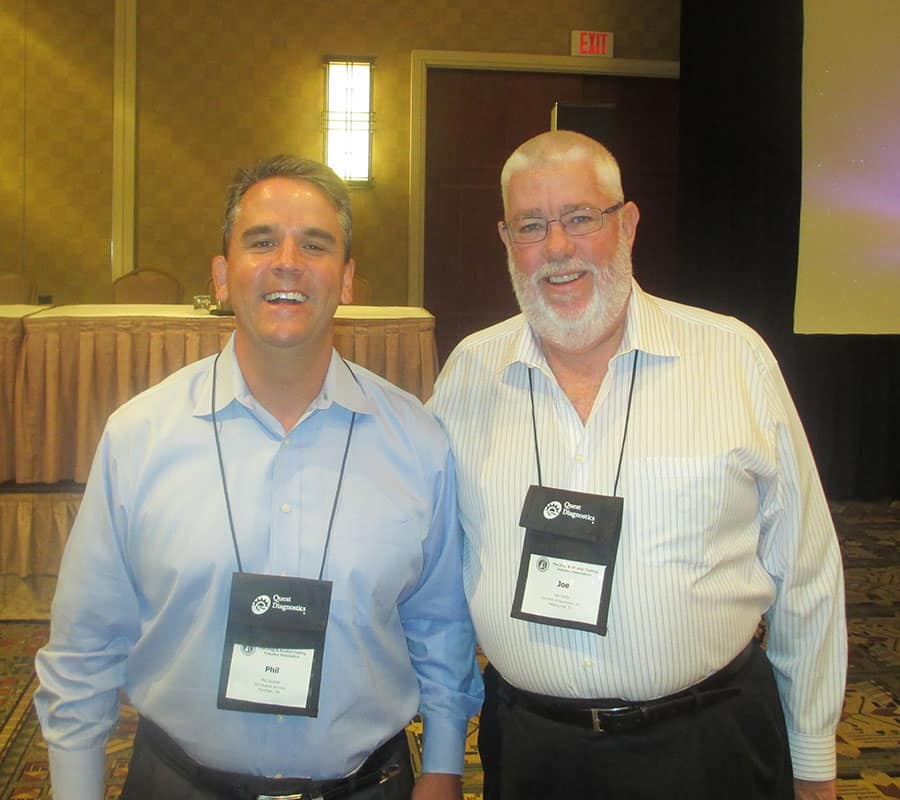 June 1, 2014 – If you are in the drug testing industry you must have attended the 2014 DATIA Annual Conference at the Waldorf Astoria Biltmore Resort in Phoenix Arizona this past week.   The Drug and Alcohol Testing Industry (DATIA) put on an outstanding conference with record breaking attendance.  Based on the enthusiasm of the attendees, the industry is growing.

Phil Dubois was elected as Chairman of the Drug and Alcohol Testing Industry Association, Inc. (DATIA).  The mission of DATIA is to represent the drug and alcohol testing industry in Washington, DC on key legislative and regulatory issues; to expand the workplace drug and alcohol testing market; to provide members information, resources and benefits important to their operations; and to promote the highest possible standards for the industry.

Dubois is the Executive Vice President of DRUGSCAN a SAMHSA certified laboratory and he is also the Executive Vice President of DSI Medical.  A national Leader in Drug and Alcohol Program Management Services, DSI was founded in 1991 and quickly gained a reputation as a leader in providing complete management and oversight for substance abuse testing programs. DATIA members look forward to Phil’s leadership over the next two years.  Past Chairman Joe Reilly on the far right welcomes new Chairman Phil Dubois.

The conference had record breaking attendance consisting of industry professionals, employers and DOT regulatory officials.  Patrice Kelly, the Acting Director of the Office of Drug and Alcohol Policy and Compliance (ODAPC) in the Office of the Secretary of the U.S. Department of Transportation (DOT) provided an update on the DOT drug and alcohol testing program.

Breaking News – Kelly announced that the Office of Management and Budget (OMB) has approved a rule to allow eCCFs for Federal Drug Testing Programs.  The expectation is that the Office of Drug and Alcohol Policy and Compliance (ODAPC) will act quickly to pass a conforming rule to allow for use in DOT testing. Electronic Custody and Control forms (eCCF) will allow for the electronic processing of DOT and Federal drug testing.

After a few days of hard work and learning and networking opportunities, DATIA conference attendees were treated to a gala event and reception hosted by Alere Toxicology.  The event had an 80’s theme and provided an opportunity for industry professionals to join colleagues under the Phoenix stars for mingling, delicious food and drinks, and dancing.

If you are in the drug testing industry, you did not want to miss this conference.  It was a great learning and networking opportunity.  A chance for the industry to get together and work together as a team.