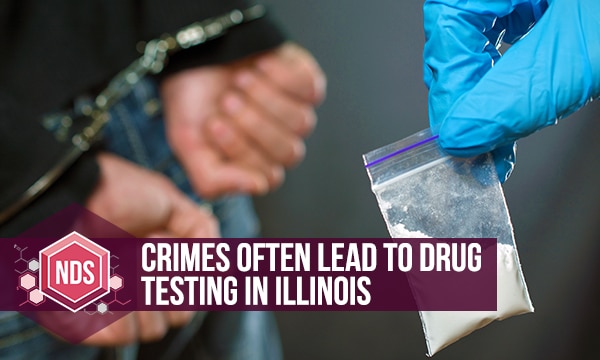 According to an article published on Patch, violent crime rates dropped nationwide in 2017. However, in the Land of Lincoln, the figure was higher than the national average at 438.8 violent crimes per 100,000 residents. Meanwhile, the Illinois Criminal Justice Information Authority reported that drugs are a concern as well, particularly heroin, to be more specific. Heroin use and distribution trends continue to grow.

This is not a situation that needs to be taken lightly as the schedule I narcotic can be extremely dangerous. The Centers for Disease Control and Prevention states that 15,000 people died in the U.S. from heroin overdoses in 2017 alone. That equals up to approximately five deaths for every 100,000 citizens. Heroin is an opioid drug that derives from morphine. These stats just go to show how serious the opioid epidemic is in the United States.

If Probation Is Issued, Court-Ordered Drug Testing Becomes Part Of The Equation

Due to overcrowded prison and jail systems across the country, many non-violent or non-repeat offenders receive probation. This disciplinary action lessens the burden on understaffed establishments. The criminals cannot do whatever they want simply because they are not behind bars though. Rather, probation officers track their activities to ensure that they are not hanging out with felons, do not have any firearms in their home, and are not abusing drugs like heroin with court-ordered drug testing.

Often, A 5-Panel Drug Test Is Used For The Process

This type of test is regularly used by governing bodies and businesses alike. Testers collect a urine specimen from the donor. Then, it is examined for illegal drugs such as PCP, opiates, marijuana, amphetamines, and cocaine. Persons that fail their court-ordered drug testing often face consequences including but not limited to completing a drug rehab program, losing custody of children, or being locked away in a jail cell. So, it is best to avoid alcohol and narcotics altogether, especially when you are on probation.