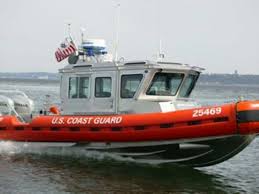 Compliance with USCG regulations for drug and alcohol testing…

The crewmember’s employment was immediately terminated.  The relief captain was also terminated and I made a report to the Coast Guard as required per regulation.  I asked the Coast Guard Investigating Officer (IO) about the non-credentialed crewmember and if I should report that person to the Coast Guard. The IO responded stating that I could report him and that they in turn would forward that report to the National Maritime Center (NMC) to prevent this person from getting a credential in the future until the person had completed certain treatment requirements.

Now I have to hire another crewmember and a relief captain before I can do any more charters.  That is a loss of income plus I have to notify the people that have chartered to go on the fishing trip and see if they are willing to rebook.  I will have to offer these passengers a discount to entice them to rebook or I will have to refund the complete charter fee.  This is part of the unseen cost for use of controlled substances.

I locate a relief captain and an individual who is willing to be a crewmember. I send both of them to the clinic to get a drug test completed.  I also ask if they had worked on any other charter boats within the previous two years. They said yes, so now I have to do a drug and alcohol history check as required in 49 CFR part 40.25.  I completed that task and mailed out the requests to their previous employers, with each one a getting an original signed request.  Hopefully the requests will come back in a timely manner but the previous employers have up to 30 days to return the requests to me.

The drug tests came back negative so I can hire them and do another charter trip with a full crew.  I can start doing more charter trips again, thank goodness.  Having a charter boat sit idle costs money!

The drug and alcohol history checks came back but the crewmember (Steve) has had a positive drug test for marijuana within the past two years.  I investigate and talk to him.  He tells me that he did complete the requirements of the Substance Abuse Professional (SAP) and the Coast Guard requirements.  He presents me with a copy of the letter from a Medical Review Officer (MRO) and the letter of completion from the SAP.  I phone the MRO and SAP to make sure that they letters are not fakes or forgeries.  They are indeed, genuine letters.

The next few charter trips take place without any incidents but the recent SMI and the positive drug tests linger in the back of my mind.  I keep a watchful eye on Steve, who previously had a positive drug test, and work with him to complete the rest of the required SAP Follow-Up drug tests.

On one of the trips, Steve, who had a positive drug test starts having behavioral problems. I sit him down and talk to him, but he denies any drug or alcohol use.  I document his behavior and my discussion with him plus his work habits.

I finally have enough documentation and an articulable belief that this crewmember is using drugs.  I make arrangements for a reasonable cause drug test.  I send him in for a drug test explaining to him why.  He still adamantly denies drug use.

A few days go by and I do another day charter trip with Steve working as a crewmember on board.  His behavior on this trip confirms my beliefs and why I sent him in for a test.  His actions were such that he endangered the passengers and the crew plus he broke laws.  I terminate his employment on the way back into port because of his documented, egregious behavior.  I also notify the local law enforcement to come and arrest this person.  They meet me at the harbor entrance and place this crewmember under arrest, removing him from my vessel.

The drug test results for this crewmember have been received by the DER who relays to me what the test results were.  He was positive for marijuana, cocaine and methamphetamine.  Now I see why his actions were as they were.

What happens next will be discussed in the next article.